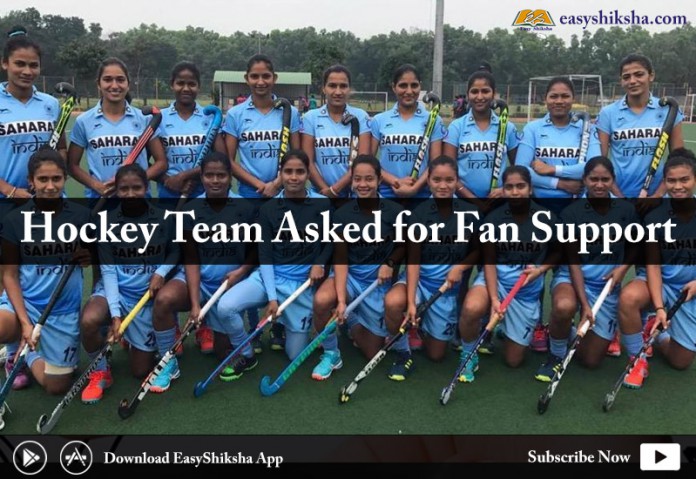 Just like the previous time Indian Fans Supported Indian National Football team when asked for Fan Support by Captain Sunil Chhetri and team didn’t disappointed their fans. Now it is time for us to support our Women’s Hockey Team fighting to Win the Hockey World Cup. India Women’s Hockey team Captain Rani Rampal has asked for the same for quarterfinal clash against Ireland happening today.

Hockey India, on Wednesday, uploaded a video on its official Twitter account. In the video, Rampal is seen thanking fans and asking them to keep supporting the team.

Indian Women’s Team Captain @imranirampal calls on hockey fans to watch India’s Quarter Final clash against Ireland tomorrow and spread the #CheerForEves as the team aims to leave a mark during their campaign at the Vitality Hockey Women’s World Cup London 2018.#IndiaKaGamepic.twitter.com/UrAZJPMMJU

“Women’s Hockey team has reached the World Cup Quarterfinals with the support of all the fans. We will face Ireland in the quarters on Thursday at 10:30 PM IST. So, please all of you watch the match and support us.”

“We need your support and blessings. On the ground, each player will give their 100 percent, but you guys please give us your 100 percent support outside the ground,” she said.

Press the bell icon and subscribe us for latest Jobs, Tech, Sports, Results and Current Affairs updates. Register with us or download the EasyShiksha app for your free education account.