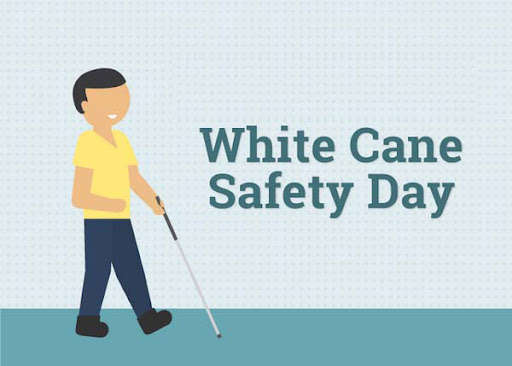 World White Cane Day is celebrated annually on October 15. Also known as White Cane Safety Day, the day was first marked in 1964 in the United States by President Lyndon B Johnson. In 2011, President Barack Obama named the day Blind Americans Equality Day. The day is now seen around the world and sees the movement of blind people from dependence to active participation in society. It also celebrates the success of the blind.

Why do we celebrate this day?

A World Vision Report report, published by the World Health Organization earlier this month, reveals that at least 2.2 billion people have a visual impairment, a major concern being that at least one million of these people have a vision defect that can be prevented or corrected. These statistics are rising daily, and they clearly tell us that there are major challenges to eye care.

Therefore, we need to thank organizations such as the Lesotho National League of the Visually Impaired Persons (LNLVIP), which for more than two decades has been promoting and promoting equitable access to social services for people with visual disabilities, and capacity to build communities through prevention, treatment and rehabilitation. The Government of Lesotho ratified the UN Convention on the Rights of Persons with Disabilities in 2008 and in doing so committed itself to adopting policies and implementing programs designed to protect and promote the rights of persons with disabilities, including those with disabilities. In 2018, the United Nations released a report entitled: Development and Disability: Achieving the Sustainable Development Goals for People, and People with Disabilities. As per the latest reports, people with disabilities continue to face many barriers to their full integration and participation in the lives of their communities. It illuminates their level of poverty; their lack of access to education, health services and employment; and their representation in decision-making and political participation.

What needs to be done?

To contribute to improving the living conditions of visually impaired people, the UN program prides itself on donating 50 white sticks to LNLVIP. As you know, white sugarcane is an important tool that helps visually impaired people to move about freely and safely. It is a sign of independence. This is because we understand that visual impairment affects every aspect of a person’s life and that this challenge is often not evenly distributed.

The burden is often greater between people in rural communities and the disabled. And it is our hope that this small donation will make a positive difference in a person’s daily life. As you know, one of the key objectives of the Sustainable Development Goals (SDGs) is not to leave anyone behind. This small donation reflects solidarity with the visually impaired people of Lesotho. And it is acknowledging that VIPs have a role to play in the development of the country. So we don’t want to leave them behind.

The UN will continue to strengthen relations with the Government of Lesotho and disability organizations in order to implement the UN Convention on the Rights of Persons with Disabilities and to ensure that disability is focused on the implementation of the SDGs and in doing so, leaves no one behind.

I therefore urge all current and non-existent stakeholders to work together to make eye care an integral part of our health care system in Lesotho, and to continue to engage and empower people and communities with eye care needs. It is also important to create an enabling environment for people with visible disabilities so that they can access and enjoy the social, economic and political benefits arising from development programs on an equal footing with their non-disabled partners. 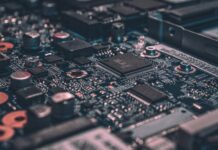