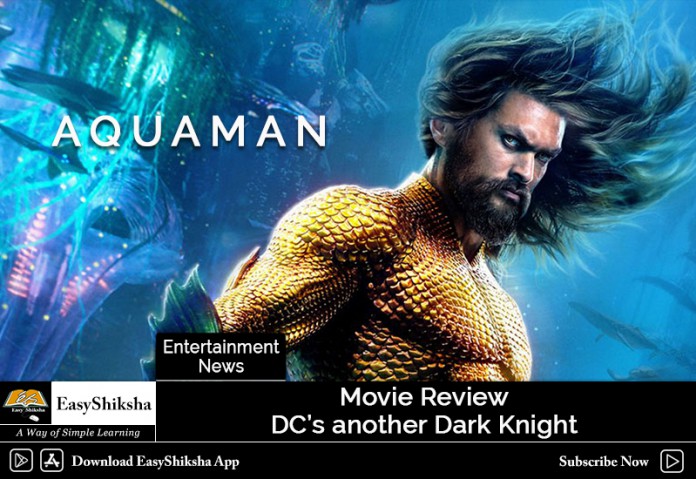 Aquaman is been seen by the critics and they all are so much excited by the movie. There is words that it is going to be another Dark Knight like movie. For more review if you face toward the twitter you will see so many positive reactions from the people. The trailer has left fans so excited and die hard comic fans are so happy that a major member of Justice League is finally getting a solo he deserve.

Aquaman is a big, fun, wild ride. It’s unabashedly melodramatic and over the top with the largest, most ambitious sense of scale imaginable. Parts of it are kind of bad but they are not the majority and, oddly, still fit in with the cartoony tone. 2nd best DCU movie. YEEEAAHH! pic.twitter.com/3GLlK3uQJ3

#Aquaman is pretty wild. It leans hard into its ’80s fantasy/adventure movie vibe far more than superhero elements, and it works. It’s another step in the right direction for the DCEU and shows how different/distinct the tones of these movies can be while still existing together. — Mike Cecchini (@wayoutstuff) November 26, 2018

IGN podcast cohost Tom Jorgensen said Aquaman is “the best DC movie since The Dark Knight. [James Wan] delivers a swashbuckling epic full of big emotion, gorgeous undersea visuals, exciting action, and lots of laughs. WB should be handing the DCEU reins to James Wan, he’s proven he can, ahem, right the ship.”   Gizmodo’s Germain Lussier called Aquaman “a big, fun, wild ride. It’s unabashedly melodramatic and over the top with the largest, most ambitious sense of scale imaginable. Parts of it are kind of bad but they are not the majority and, oddly, still fit in with the cartoony tone. 2nd best DCU movie.”

Short & sweet reaction to #Aquaman is that I loved it. It’s a comic book movie through & through with great action, iconic moments & visual spectacle to spare. Momoa makes the character his own & Wan honors the traditional aspects, but elevates it to the modern era. It’s a blast.

GameSpot’s Mike Rougeau said the film is “flawed, but fun.” He gave a positive opinion to it overall, talking about the creativity involved and the insanity of it all.

We Live Entertainment’s Scott Menzel said James Wan created a “one-of-a-kind superhero origin story” and he raved about the visuals.

HN Entertainment’s Nicholas Whitcomb was not as thrilled as others, as he said the film is “fine” and to not get your hopes up, but that overall James Wan “delivered a fun adventure in the worlds of DC.”

Our question: Is Aquaman’s humor going to challenge humor of Guardian of the Galaxy by MARVEL?

Amaze us with your answers in comment section or ask some weird question?