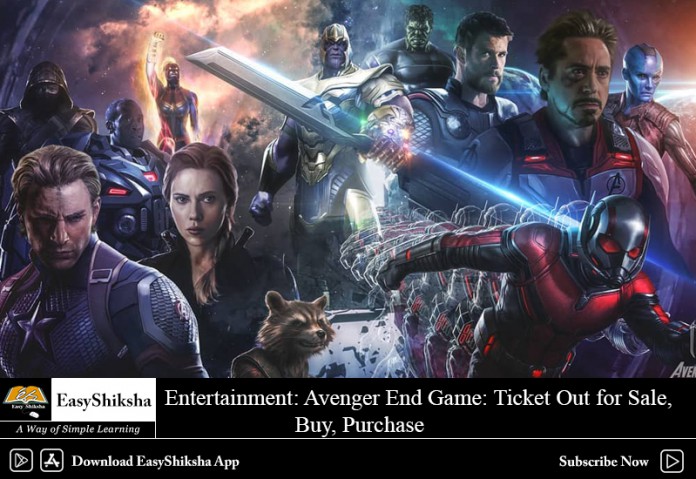 Marvel fans are already were on their highest level of excitement after the first release of the trailer. Avenger End Game But now as the tickets are out and seeing their sales rate anyone can assume how big this movie is going to be all around the world.

Endgame not only finishes what Infinity War Started, it’s the culmination of a decade’s worth of MCU films, from Iron Man to Thor to Captain America and all the rest. The war against Thanos and his Infinity Gauntlet WMD promises big things for our heroes, and it’s unlikely all of them will emerge unscathed.

“We’ve never seen anything like this — it’s truly a groundbreaking accomplishment – as fans simply cannot wait to see how this epic saga comes to a close,” said Erik Davis, managing editor of Fandango.

We want everyone to be able to grab their Avengers: Endgame tickets, but it looks like we’ve gotten Thanos’ snap. We’re working on getting things back up and running, and in the meantime, please keep trying our website and our partner sites!

“We don’t have an official locked runtime yet,” Russo said. When asked about the three-hour rumors, though, he acknowledged “we are right at about that.”

Russo was more tight-lipped about some of plot issues in the movie. He wouldn’t say, for example, if Captain Marvel’s cat, Goose, (who’s really more than a cat) survived Thanos’ snap. And he wouldn’t go into detail on return of Hawkeye (Jeremy Renner), who’s been in promo clips but wasn’t in Avengers: Infinity War. But he did suggest that fans who need a refresher and can’t sit through all the MCU movies at least watch Infinity War and 2016’s Captain America: Civil War.