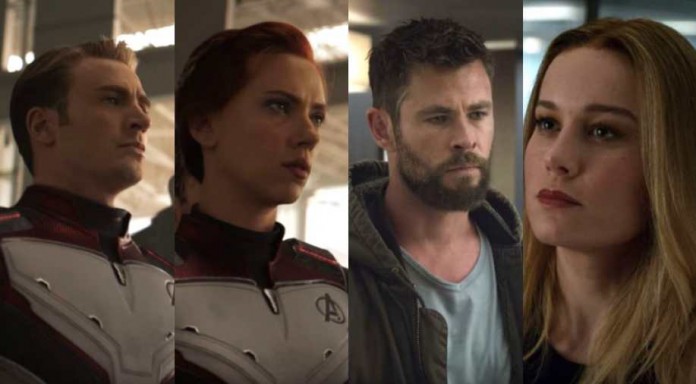 The anticipation for Avengers: Endgame just increased by a gazillion as Marvel Studios has dropped yet another clip for the upcoming film and this one definitively reveals why Brie Larson’s Captain Marvel will be a game-changer in the fight against Thanos. The clip begins with Black Widow (Scarlett Johansson) informing the remaining Avenger Endgame Clip that Thanos has used the Infinity Stones again — for what reason? Well, we are afraid we don’t know that.

The clip shows Captain Marvel taking the lead and asking the other Avengers to use the infinity stones again to bring everyone back. The Black Widow (Scarlett Johansson) can be seen saying in the video, “Even if there’s a small chance that we can undo this, we owe it to everyone who’s not in this room to try.”

However, Rhodey (Don Cheadle) immediately asks her the question many of the Avengers fans have been asking all this while — if Captain Marvel is so super, why hasn’t she showed up to help out in any of the Avenger’s previous adventures, especially when they fought Thanos in Infinity War. But the latter silences those present in the room with her apt response. She says, “There are a lot of other planets in the universe…and unfortunately, they didn’t have you guys.”

As the music rises in the background, Captain America concludes: “Let’s go get this son of a bitch.”

I wonder how many Marvel Fans have said “Language Please, Captain.” An old joke form the past (Avengers: Age of Ultron).