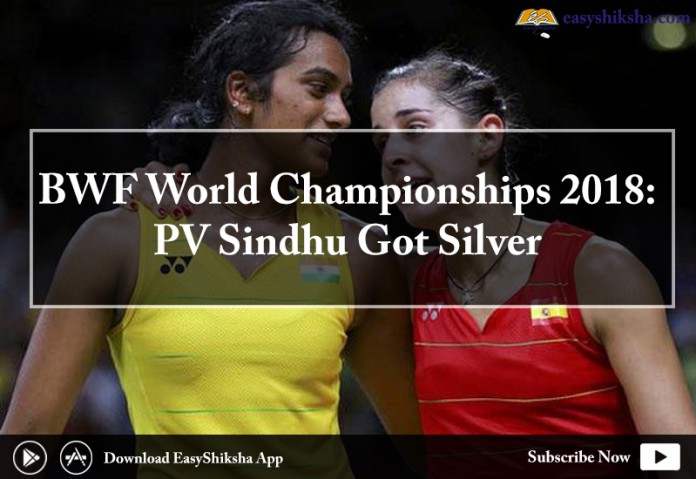 Badminton Star PV Sindhu grabbed the Silver again in the BWF World Championship 2018 Final at Nanjing, China on Sunday. This 46 minute of match Marin made the history by becoming the world champion for the 3rd time, and the only woman till time achieve this title. Bwf In a match that lasted just 46 minutes, Sindhu lost 19-21, 10-21. Sindhu, who had lost last year’s finals, as well, to Japan’s Nozomi Okuhara, said that it is frustrating to lose the summit clash yet again.

It had bothered her coaching team a lot when all talk heading into the Rio Olympics was about the stroke-player Ratchanok Intanon. In the break before she effected the turnaround against PV Sindhu in the Olympic final, coach Fernando Rivas had reminded her of how she was better. And finally, Marin has always maintained that she’d like to go down in history as one of the all-time greats.

“It’s really special to win the World Championships for a third time.

“I’ve always believed that I could be back to be the player I was before – the one who won many titles a couple of years ago.

“I feel like I’m coming back. I feel very strong and I feel very confident with myself. Carolina Marin is back.”

Marin has been struggling to impress since winning the Olympics. She also had to deal with a nagging thigh injury after the Rio Games