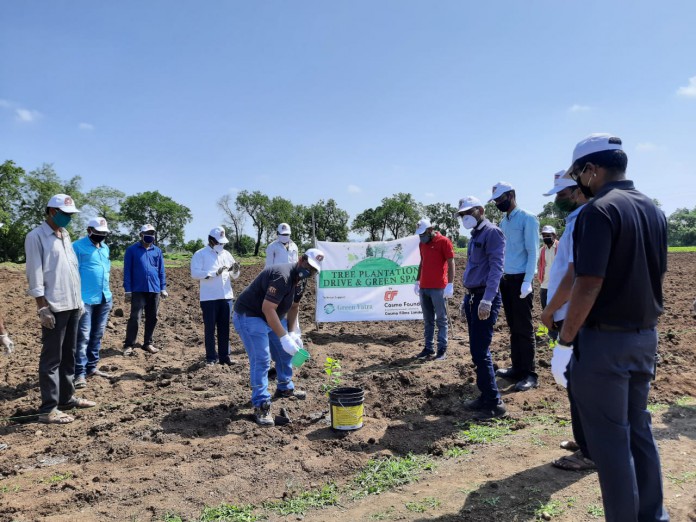 Almost 5000 fruit saplings were planted in the villages of Turkabad and Gajgaon, Ambelohal and Ranjhangaon Pol on land provided by the village gram panchayats. These saplings were planted on behalf of the many stakeholders of Cosmo Films Ltd. Some of the varieties planted were Sweet Lemon, Guava, Custard Apple and Lemon saplings, which were chosen on the basis of soil and the local weather conditions of the area. Cosmo Foundation, along with the local community has taken the responsibility of protecting and nurturing these saplings until they reach maturity. 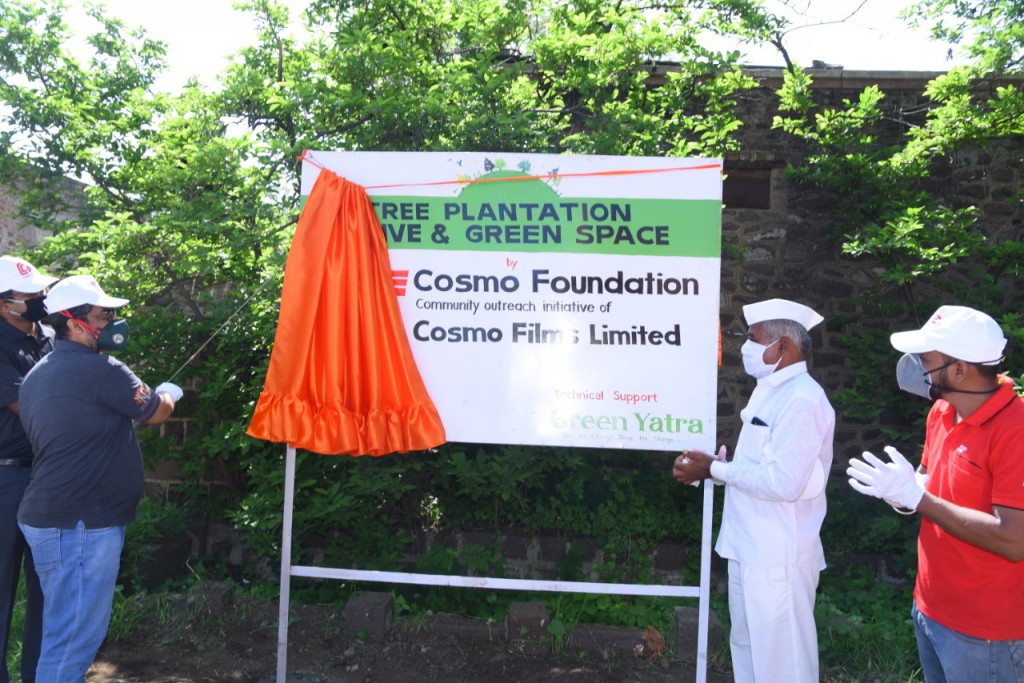 On this occasion Mrs. Yamini KumarJaipuria, Managing Trustee of Cosmo Foundationsaid, “Our objective is to contribute meaningfully to the social transformation of the communities in which we operate. Through this drive, we hope to build a society which follows a sustainable and an equitable way of life. We want to inspire people to start planting more trees to improve our country’s green cover.”

Mr. Pankaj Poddar, CEO, Cosmo Films Ltd. said, “Each of the saplings planted today are dedicated to all of Cosmo Films’ stakeholders. These areas would betagged on Google and each sapling would be given a unique serial number corresponding to our stakeholders.”

The foundation hasbeen carrying out several education programs for the underprivileged students and youth of this area. Not only education, foundation has been working to preserve the aesthetics of the city and enhance the green cover by developing and maintaining beautiful gardens at the Aurangabad airport and other parts of the city since 2006.

Cosmo Foundation, set up in 2008 as the philanthropic arm of Cosmo Films, spearheads all CSR initiatives under its banner. With a belief that “they can make a difference” in the lives of people who they touch, Cosmo Foundation works closely with the lesser developed communities around its manufacturing units i.e. at Karjan block of Vadodara District and Gangapur block of Aurangabad District through its several developmental programs. 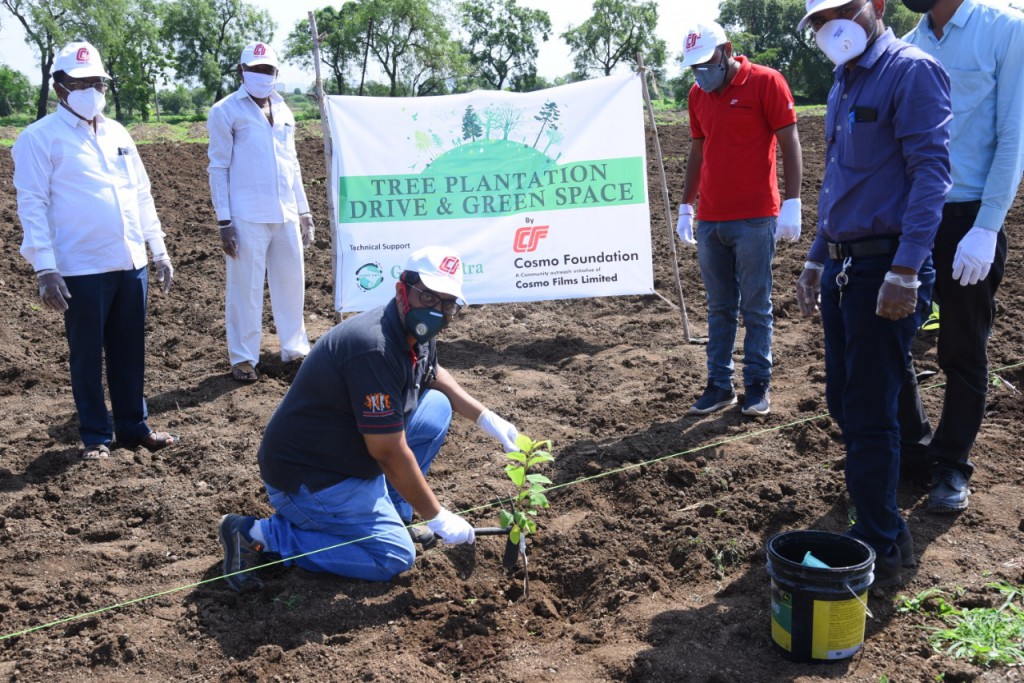 Established in 1981, Cosmo Films is a global leader in specialty films for packaging, lamination &labelling applications and Synthetic Paper. Company’s film offerings include BOPP and CPP films. Over the years, with the engineering of innovative products and sustainability solutions, Cosmo has been partnering with world’s leading brands, packaging & printing converters to enhance their consumer experience. Today, the company is the largest exporter of BOPP films from India and also the largest producer of thermal lamination films in the world. Its customer base is spread in more than 80 countries with manufacturing units in India, Korea & Japan.