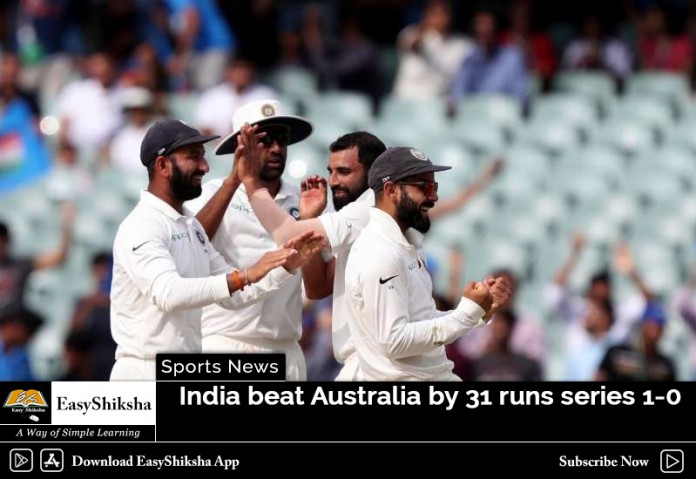 By winning the first of four games by 31 runs in the Adelaide Oval chasing their Test series win in Australia, India created an impressive beginning. On the fifth day, Australia stretched India all the way, but could not get to the goal, which could have been the successful chase at the place since 1902. Australia was bundled out for 291 in an elongated post-lunch session to go 0-1 down at the collection. This is actually the first time India have won an opening Evaluation in Australia and is just the Test they won there.

The Test was completed by Rishabh Pant with 11 captures the most accepted by an Indian wicketkeeper in a Test. He went beyond MS Dhoni (9), also Wriddhiman Saha, who’d taken 10 catches earlier this season against South Africa.

Resuming from 186/6 at lunch, Australia made a start to lose well-set skipper Tim Paine to get 41 on the ball after the break. Following a knock, Paine perished to some Jasprit Bumrah bouncer. He had been hurried into the shot due to the speed, simply to handle a top-edge, although the short delivery had Paine going for its pull. Pant hurried across to his left and held on to the skier to get Australia’s seventh.

Pat Cummins and Mitchell Starc frustrated India with a stand for the eighth wicket. Starc played with some strokes going after balls which came outside the off stump Since Cummins held the fort at one end. And it was. In the 101st together with the complete dropping under 100 runs, the Aussie seamer went to have a touch.

The Australian tail then stitched together another stand — Nathan Lyon and this time Cummins runs before Bumrah struck to dismiss the prior. As the duo started to give India a reason for concern and appeared threatening, there went got a thick edge from Cummins and a Bumrah delivery directly to Virat Kohli at first slide.

The job has been completed with tea, in an extended post-lunch session just five minutes off, when R Ashwin’s patience was rewarded. Having bowled 52.4 overs — and going 33.4 overs with no success — Ashwin captured the wicket of Josh Hazlewood. The ball in the air looped up and Hazlewood went for the driveway but ended up edging it and KL Rahul held on to it in a second slip just as Australia looked as though they could be headed for an unlikely win.

Marsh took over the responsibility then and scored his initial half-century in the fourth innings of a Test. The half-century off 146 balls was his tenth of the Test career. Marsh looked comfortable all morning but had been eliminated by Bumrah after the beverages’ break. The moment arrived as the ball moved away a tad and Marsh gave the tiniest of advantages to being caught behind by Pant in the 73rd.

The second Test starts on December 14. It’ll be followed by the third Test on Boxing Day in Melbourne and the show will end with the fourth Test at Sydney starting January 3. 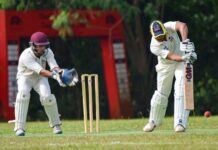