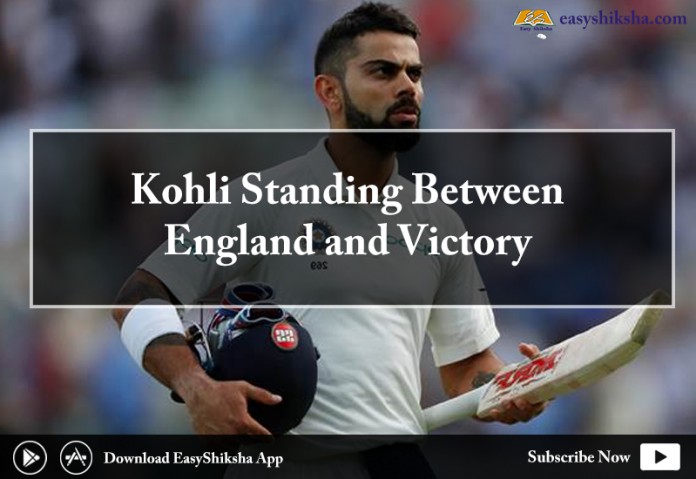 The first test match between India and England is now on a middle point. There is a splitting way now, India only need 84 run to win with 5 wicket and Kohli and Kartik standing between England and Victory. On the other end England need to take down 5 wickets to get this match into their pocket. In first inning Kohli scored 149 run and now on high priority list of England.

“We’ll go to bed dreaming about getting Kohli out first thing,” Anderson said at the press conference. “We need five wickets, simple as that, fairly quickly – otherwise, they’ll get the runs,” said Anderson. “We’ve just got to give it everything we’ve got in the morning for the first 15-20 overs – leave absolutely nothing out there. It’s a really exciting place to be because you know we could do something special tomorrow by winning this. It’s such a close Test match,” the 36-year-old added. On the other end England need to take down 5 wickets to get this match into their pocket.

Earlier, India dismissed England for 180 in their second innings, with fast bowler Ishant Sharma taking 5 wickets for 51 in 13 overs.

The Delhi pacer recorded his 8th five-wicket haul, including three in an over, to leave India with a target of 194 to win with more than two days’ play left.

England’s 1,000th Test had threatened to end in an embarrassing defeat with more than two days remaining as they collapsed to 87 for seven in their second innings.