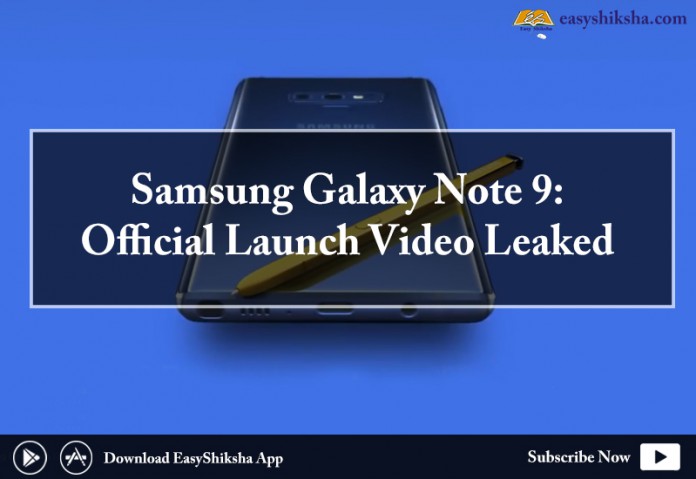 Everyone is sneaking here and there to know about the upcoming Samsung phone; Samsung Galaxy Note 9. A phone with smart and powerful stylus and huge storage to tease you out. Now you can have a quick look at it with official leaked video of this phone showing it huge storage capacity.

The news is it’ll come in a 512GB version as well as 512GB of microSD storage. That’ll make it one of the first phones you can buy that can offer 1TB of storage. This all comes from a leaked video from Samsung’s New Zealand account, which accidentally published an official pre-order advert for the upcoming phone. The video has since been pulled.

The Galaxy Note 9 official video gives out most of the crucial information about the upcoming flagship and has the tagline ‘The new super powerful Note’ appearing at the end. The video was first spotted by Sammobile and is still live on YouTube. The Samsung Galaxy Note 9 in a blue-coloured variant with the yellow-coloured stylus is seen in this video.

The Galaxy Note 9 will be launched at Samsung’s Galaxy Unpacked event next week, but countless leaks and rumours over the past few months have already hinted at most of the features of the upcoming phablet. A report has now leaked the pricing details of the Galaxy Note 9 as well.