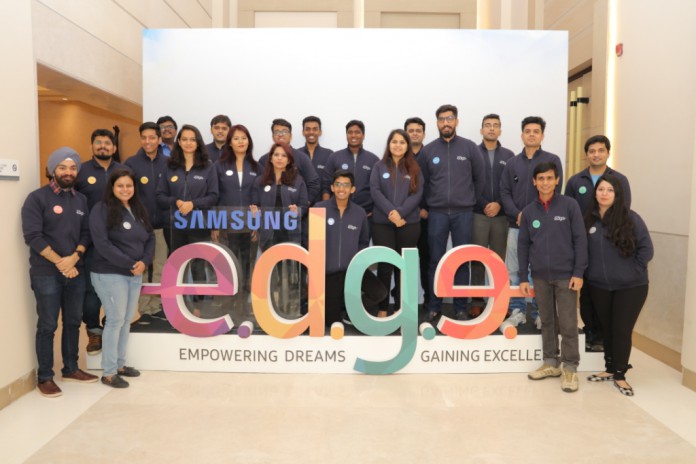 GURGAON, India – December 04, 2018 – Samsung India has concluded the third season of its campus program Samsung E.D.G.E. with over 2,500 of the brightest students from 18 top institutions across India participating. The team from business school MICA Ahmedabad called ‘Jenga’, comprising Kanchan Supekar, Sruthy Whence and Jyot Singh Gill emerged as the winner at the national finals in Gurgaon on December 03, 2018. The team ‘Overmorrow’ from National Institute of Design, Bangalore came second followed by ‘Deadweight Loss’ from Indian Institute of Technology (IIT) Madras.

Third edition of Samsung E.D.G.E. campus program has received an overwhelming participation from 2,553 students of 18 leading institutions from across India

The third consecutive year of Samsung E.D.G.E. called out the brightest minds of the country to participate in its campus program. This year 2,553 students (851 teams) from 18 leading campuses from all across the country participated in the program. The competition, spread over three months, invited participation of students from diverse domains such as B. Tech, Masters of Business Administration and Masters of Design. 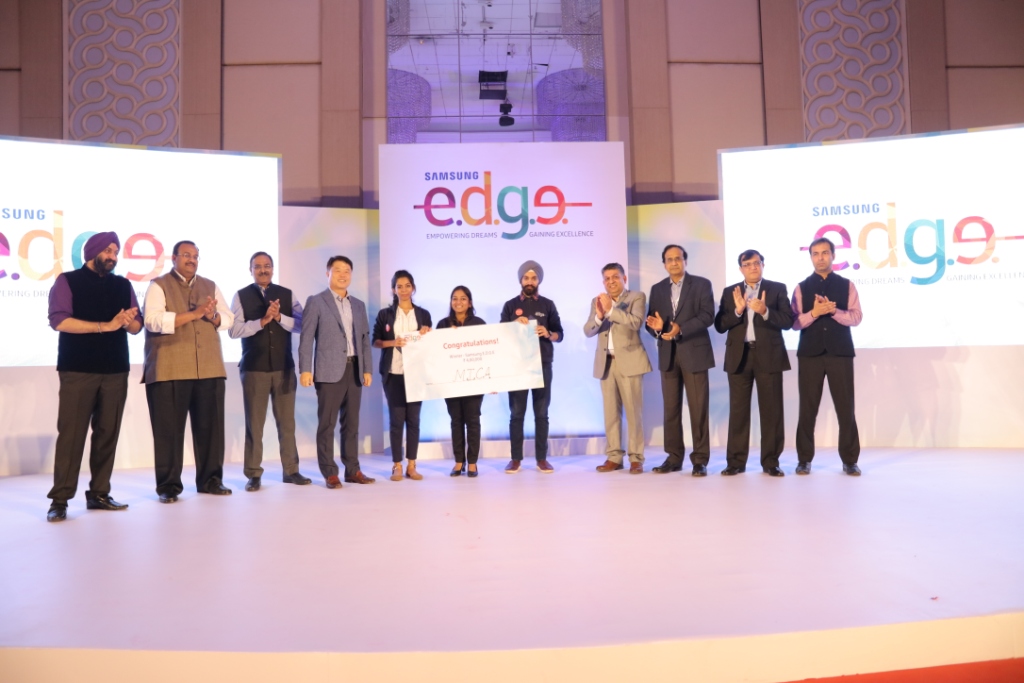 Samsung E.D.G.E. brings together bright minds from campuses across India to ideate and showcase their talent on a national platform. The platform gives students an opportunity to interact with the leadership team at Samsung, work on real-world business problems and come up with unique solutions. This year, the top 8 teams worked on the premise ‘Samsung – a brand of choice for millennials’.

“At Samsung, we nurture the brilliance of young minds, bringing out the spirit of innovation in them. As a platform, Samsung E.D.G.E. endeavours to bring to life creative ideas of students who want to effect change. The level of enthusiasm to ideate and participate across campuses in India this year has been heartwarming,” said Mr. Sameer Wadhawan, Head, Human Resources, Samsung India.

The second season of Samsung E.D.G.E. was won by a team from IIT Madras ‘Athena’Z’ that had showcased their idea around making Samsung’s intelligent interface Bixby better integrated with consumers’ day to day usage of smartphones.

Launched in December 2016, Samsung E.D.G.E. is a first-of-its-kind campus program that provides an opportunity to the country’s brightest students to exhibit their talents, exchange meaningful insights and get a head-start in their careers.

The Samsung E.D.G.E. program consists of four rounds. In the first round, team members came together and put up an executive case summary. Top team members were then invited to participate in the campus round and presented their ideas through group presentations. After evaluation, top teams in each campus were shortlisted for the Regional Round in which all the teams worked on the case study and presented their unique solutions. At the end of the regional rounds, top 8 teams were selected and mentored by Samsung leaders on their respective solutions. The finale 8 teams battled it out in the National Round to arrive at the three winning teams.

Earlier this year, Samsung India had hired 72 graduates as management trainees from top B-schools such as the IIMs, XLRI, SP Jain, ISB, JBIMS as well as chartered accountants, National Institute of Design graduates and also students of supply chain management from NITIE.

In the current hiring season, Samsung India plans to hire close to 1,000 graduates from top Indian engineering colleges to strengthen its R&D operations in the country, especially in cutting edge domains of artificial intelligence, machine learning, IoT, natural language processing, camera technology and 5G networks. Over 300 of these engineers will be hired from the IITs.

Samsung inspires the world and shapes the future with transformative ideas and technologies. The company is redefining the worlds of TVs, smartphones, wearable devices, tablets, digital appliances, network systems and memory, system LSI, foundry and LED solutions. For latest news on Samsung India, please visit Samsung India Newsroom at http://news.samsung.com/in. For Hindi, log on to Samsung Newsroom Bharat at https://news.samsung.com/bharat. You can also follow us on Twitter @SamsungNewsIN