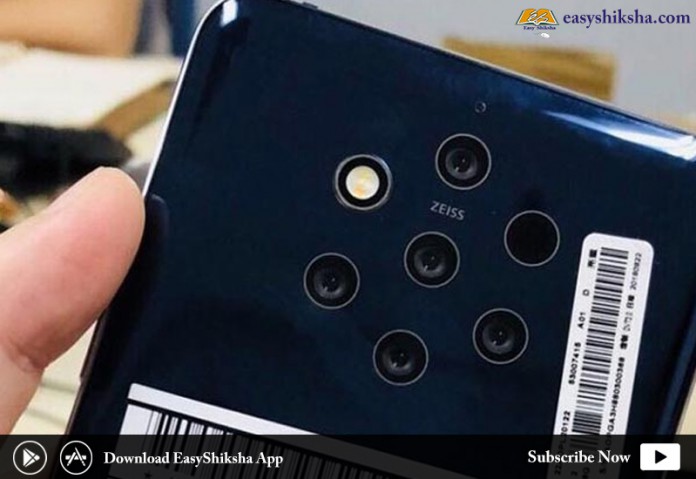 Images of Nokia 9 has leaked earlier too but now this time it got out leaking its new camera setup. Whether it looks awkward or not, you decide but it is something no one was looking at. According to the image, which was shared on China’s ITHome, the image claims to show a device, which is allegedly the Nokia 9 Images with a five camera set up. You can see that the camera set up is very different from what we have seen on the Nokia-brand phones so far, though the Zeiss optics branding is still present there.

This latest photo emerges out of China, in an ITHome forums page, and it shows a Nokia phone with model number TA-1094. The smartphone is seen sporting a glossy back, and has as many as seven cut outs. Out of the seven, five are claimed to be Zeiss-branded optics, and what looks like a Xenon flash sits on the top left edge of the cut outs. There’s one more cut out, the purpose of which is unknown. There is no fingerprint sensor at the back, hinting at the possibility of an in-display scanner.

Moving on to other aspects of the design, the Nokia device in question appears to make use of a regular glass panel on the rear. However, there are a couple of design details worth taking note of. First of all, the Android One branding towards the bottom of the panel confirms once again that the smartphone will ship with Android 9 Pie straight out of the box. Secondly, the lack of a rear-facing fingerprint scanner is important too. After all, previous leaks have suggested that the Nokia 9 would ship with an in-display sensor. The smartphone is seen sporting a glossy back, and has as many as seven cut outs. Out of the seven, five are claimed to be Zeiss-branded optics,