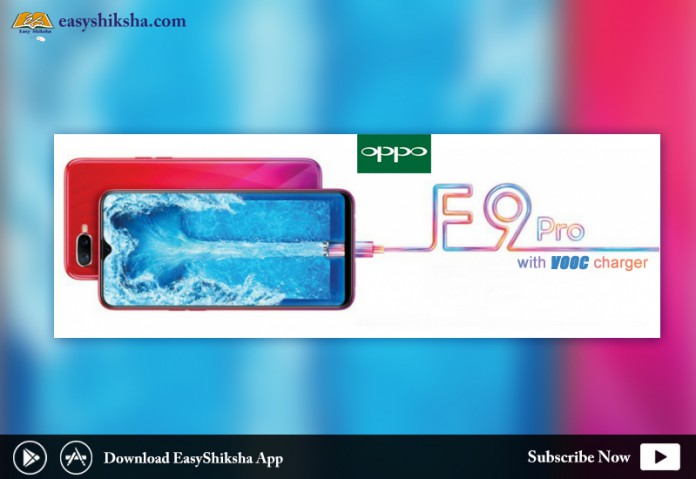 Oppo is all set to launch its new teasing phone Oppo F9 Pro with VOOC Charger and a tiny Notch. Here the VOOC charger is claiming to charge phone with 2 hour call capacity in just 5 min. It works same as of Oneplus Dash Charger that charges phone with 24 hour charge in just 30 min. Oppo have patent over it officially Oppo F9 Pro is supporting this tech but also Oppo has licensed it to One Plus. Yes, Dash Charger is the second name of VOOC Charger or in this case first.

The new teaser can be seen on Oppo’s official website as well as its social media handles. As can be seen in the teaser, the smartphone will come with a very small notch at the top if its display and thin bezel area at the bottom. The Oppo F9 Pro will sport on-screen navigation buttons and a horizontal dual camera setup at the back. Oppo has used a new and improved version of the VOOC charging that has only been seen on the Oppo Find X Automobili Lamborghini Edition previously.

Coming back to the Oppo F9 Pro, the smartphone is expected to be powered by MediaTek Helio P60 SoC. There is no word on when the smartphone will launch in India, as the company is still teasing it as “coming soon”.

At present, the following devices are compatible with VOOC Flash Charge: