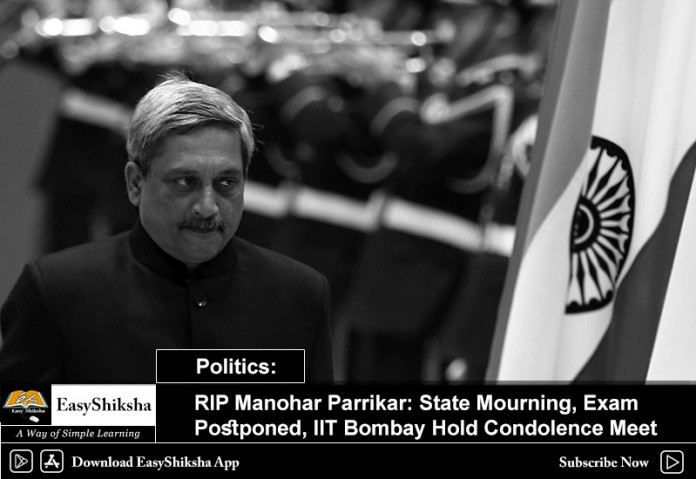 Indian has lost a leader yesterday, Manohar Parrikar. A man who won so many battles, is defeated by Cancer. Whole state is in the mourning state this time. Goa CM Manohar Gopalakrishna Prabhu Parrikar wan in the midst of his fourth term in office when he took his last breath. The 63-year-old widower, also former defence minister of India, is survived by two sons and a grandchild.

“We don’t itch for a fight, but if someone looks at the country with an evil eye, we will gouge his eyes out and put them in his hand,” Late Goa Chief Minister Manohar Parrikar had once said.

Manohar Parrikar’s role as defence minister, albeit for a period of just 3 years, was memorable as he played a key role in planning the 2016 surgical strike against terror launch pads in Pakistan Occupied Kashmir (PoK).

The surgical strike operation was carried out 10 days after a deadly terrorist attack on soldiers at Indian Army Brigade Headquarters in J&K’s Uri town.

At least 38 terrorists and 2 Pakistani soldiers were killed in the counter operation led by the Indian Army; seven terror launch pads were also destroyed in the operation.

The then defence minister Manohar Parrikar played an instrumental role in the surgical strikes carried out by the Indian Army in the aftermath of the 2016 Uri attack which claimed the lives of 18 Indian soldiers.

The Indian Institute of Technology Bombay (IIT-B) will hold a condolence meet on Monday evening to pay tributes to their alumnus. The meeting will be held at 5 pm at the institute’s P C Saxena auditorium here, an IIT-B spokesperson said.

“Why can’t IIT graduates, who have had the best engineering education in the country, take up academics and run some of these colleges, and transform their quality?” Parrikar had then said.

The institute in its condolence message said Parrikar’s demise came as a shock to them.