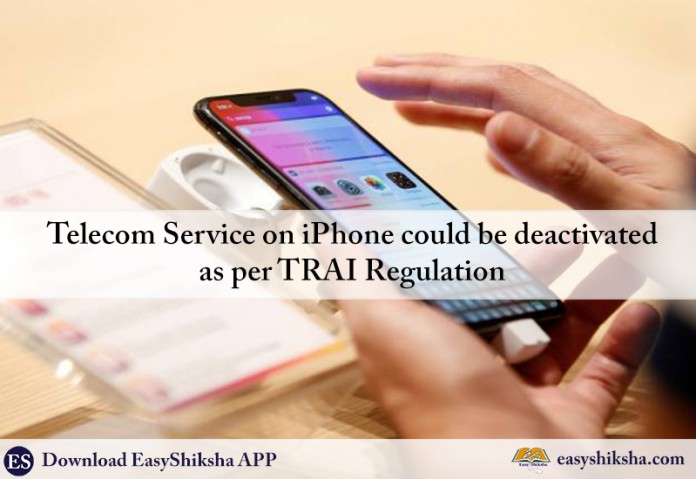 India’s telecom regulator on Thursday announced new rules that look set to escalate its ongoing battle with Apple. If enforced, the regulation could lead to deactivation of services of iPhone users in the country, unless Apple blinks first in a battle that has been brewing for quite some time.

A part of TRAI regulation:

Every Access Provider shall ensure, within six months’ time, that all smart phone devices registered on its network support the permissions required for the functioning of such Apps as prescribed in the regulations 6(2)(e) and regulations 23(2)(d);

Provided that where such devices do not permit functioning of such Apps as prescribed in regulations 6(2)(e) and regulations 23(2)(d), Access Providers shall, on the order or direction of the Authority, derecognize such devices from their telecom networks.

TRAI already has an app on the Google Play Retailer that enables customers to register for ‘Do Not Disturb’, a desire that telemarketers are required to obey, however one which’s largely ignored in a rustic the place pesky calls and textual content messages are an enormous menace.

The Android app additionally permits customers to report calls and textual content messages that violate the DND flag to their service supplier. TRAI needs to launch an analogous app for iOS however Apple doesn’t permit third-party apps to entry name and messaging information, which has turn into some extent of competition between Apple and the India regulator.