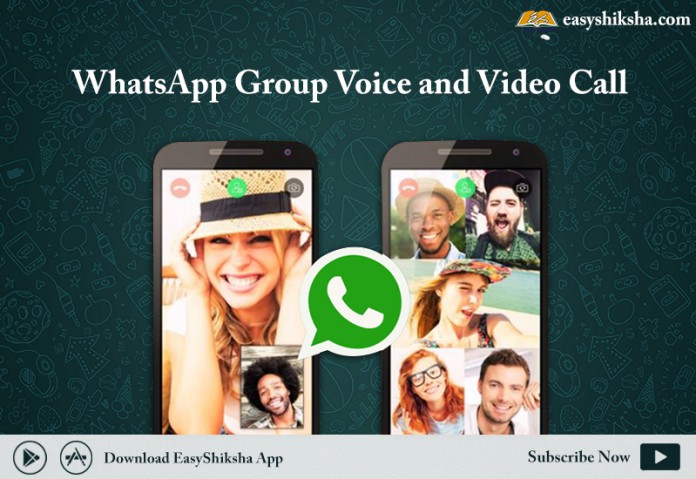 Back at Facebook’s F8 developer conference in May, WhatsApp announced that it would be bringing group calling with both voice and video support later on this year. Now, WhatsApp says the feature is live for users around the globe on iOS and Android starting today. The group calling feature supports up to four people simultaneously, regardless of where those people are.

Video calls have been supported by WhatsApp since 2016, but until now they were limited to two participants. The app is now starting to add group video calling to its iOS and Android app and it supports up to four people, the company has announced. WhatsApp says that the new feature is engineered to work under slow network conditions. Additionally, calls are end-to-end encrypted, like all chats on the messaging app.

How to use Group Voice and Video Call Feature:

Open WhatsApp from the app drawer or home screen.

Go to the Calls tab.

Select the dialer icon at the bottom right corner.

Select the first participant and use the dialer/video icons to make a voice or video call.

From within the one-on-one call, tap the add participant button on the top right corner.

Select the second participant you’d like to add to the call and then hit the Add button.

Follow steps five and six to add more participants to the call — you can add up to four people simultaneously.

That’s all there is to it. Are you interested in trying out WhatsApp’s group calling feature? Let us know in the comments below.