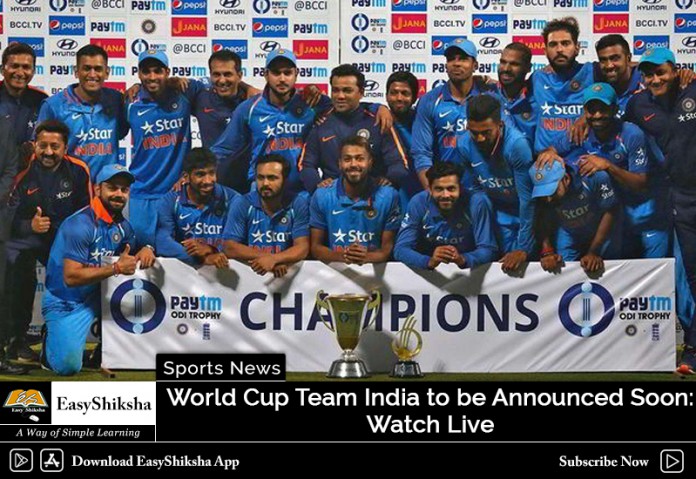 “The All-India Senior Selection Committee will meet in Mumbai on Monday, 15 April, 2019. The committee will pick the Indian Cricket Team for the upcoming ICC Men’s Cricket World Cup 2019 to be played from 30 May to 14 July 2019 in England & Wales,” BCCI said in its media release.

With the intention of giving the selected players more time to mentally prepare themselves for the big tournament, the BCCI decided to select the squad eight days ahead of the deadline on April 23. India skipper Virat Kohli is most likely to attend the meeting as he would be in the city to lead his IPL side Royal Challengers Bangalore against Mumbai Indians on the same evening.

The selectors believe they might require a left-hander in the middle-order to tackle the slew of leg-spinners like Adam Zampa, Adil Rashid, Imran Tahir, Ish Sodhi, Rashid Khan and Mujeeb ur Rahman that India might face in the World Cup.

Vijay and Jadeja slip into the 15 as the two all-rounders — one giving India the option of a seam bowler in English conditions and the latter is an asset due to his fielding and left-arm spin.

“Vijay has impressed the selectors with his performances since India’s ODI series in New Zealand. He can bat up the order as well and has good technique to handle the moving ball in England. He is more of a batsman all-rounder but if the selectors opt for a fourth seamer like Umesh Yadav or Khaleel Ahmed, he might be the one to miss out,” the source added.