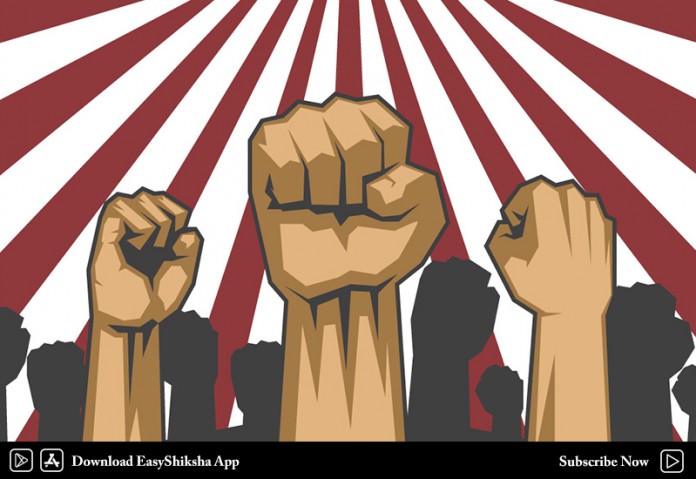 Sonipat, 15 April 2019:  Heads of State Human Rights Institutions, senior academics, human rights activists, victims and other stakeholders strongly emphasized the need for a transitional justice process in Manipur to address the pressing needs of widows, children and other family members affected by the extrajudicial killings and other serious human rights violations in Manipur over the past several decades.

Towards this end, they stressed, among other measures, the immediate need for the establishment of a truth commission, payment of compensation to victims, strengthening the justice institutions including the State Human Rights institutions, expedite criminal cases lodged against the perpetrators, ensure accountability and uphold rule of law.

These unanimous recommendations emerged at the end of a one-day consultation on Application of Transitional Justice Framework for the Families of Victims of Extrajudicial Execution in Manipur that was organised by the Centre for Studies of Social Exclusion and Inclusive Police (CSSEIP) of Manipur University, Human Rights Alert (HRA), Extrajudicial Execution Victim Families Association, Manipur (EEVFAM) and Centre for Human Rights Studies of O.P. Jindal Global University (JGU) at Imphal in Manipur University Court Room on 13 April 2018.

Delivering the keynote address, Babloo Loitongbam, Executive Director of HRA pointed out the limitations of the on-going investigation and prosecution of the perpetrators to address the pressing justice needs of the families of more than 1528 victims.  Transitional Justice (TJ) framework – defined by the UN as the full range of processes and mechanisms associated with a society’s attempt to come to terms with a legacy of large-scale past abuses, in order to ensure accountability, serve justice and achieve reconciliation – needs to be invoked in Manipur today, he asserted. In that spirit he called upon the meeting to deliberate if it is time for Manipur to establish a Truth Commission as was done elsewhere.

NEET Admit Card 2019 to be Released Today by NTA

Professor (Dr.) Y.S.R. Murthy, Executive Director of the Centre for Human Rights Studies of JGU, presenting a report of a similar consultation on the same issue conducted by his university involving national and international experts in December 2018 at New Delhi, pointed out that the Constitution of India puts the ‘dignity of individual’ at the same pedestal as ‘National Security’. He also emphasised on the close relationship between Peace, Justice and Human Rights and stressed the crying need to initiate TJ processes in Manipur. Referring to the ‘Swach Bharat Abhiyan’ and ‘Unnar Bharat Adhiyan’, he observed that the country can become great only when human rights of all persons are protected including widows and children affected by extrajudicial executions.

Dr. Th. Bharat. Reader, CSSEIP made a presentation of the preliminary findings of the socio-economic survey of the families of the victims of extra-judicial executions in Manipur conducted by CSSEIP and pointed out the 54.8 % of the families are expecting justice in their case. Director of CSSEIP, Prof. Amar Yumnam, during his presidential address, stated that no examination of economics is complete without addressing the issue of justice. And justice, in economics, is understood in terms of welfare and wellbeing. He pointed out the ongoing survey will be able to identify what kind of interventions are needed for different categories of persons amongst the victims – women, children, disabled, aged etc.

Mr. Khaidem Mani, Acting Chairperson of MHRC encouraged the families of victims left out from the CBI/SIT investigation to petition the State under section 357A of Criminal Procedure Code for compensation and to approach MHRC if they failed to get the remedy. He also expressed his Commission’s willingness to function as the Truth Commission if such a mandate is granted by the Supreme Court or the State Government. Dr. Meinam Binota, MSCW chairperson also committed to work for the socio-economic upliftment and sustainable livelihood of the widows of extrajudicial executions. In the same spirit, Ms. Sumatiblala Ningthoujam, MSCPCR chairperson, assured to extend all possible help for the protection of the rights of children of the victim families.

The panel discussion on Truth, Justice and Restitution of Families of Victims of Extrajudicial Executions was moderated by Prof. Arambam Lokendro, eminent organic intellectual of Manipur. R.K. Bobichand, Director of Change and Peacebuilding Action, tracing the history of the Government of India (GOI)’s response to issues of Manipur, opined that it is unrealistic to expect GoI to constitute a Truth Commission for Manipur. Instead, he suggested that a direction from the Supreme Court or alternately a civil society process is more realistic to think through.

Prof. N. Pramod of the LMS Law College pointed out the need for infusing the restorative justice elements in the process and Keisham Pradip of the Manipur Alliance for Child Rights pointed out the need to widening the scope of the proposed Truth Commission to include all the children affected by armed conflict. Deben Bachaspatimayum of the North East Institute of Social Science and Research opined that the TJ process can be achieved either through judicial process, political demand or social movement. Vijayalakshmi Brara of the Centre for Manipur Studies of Manipur University identified that initiation of a TJ process will require various elements including the acceptance of guilt by the perpetrators, forgiveness by the victims, multiple institutional collaboration, doing away with social hierarchies and recovery of and building upon the indigenous justice processes.

Participating in the discussion, Malem Mangal of North East Hill University pointed out the need to include all the victims of ongoing armed conflict in Manipur and also address the underlying root causes rather than confining the scope to only the victims of extrajudicial execution.

Prof. Lokendra, saw the proposed Truth Commission as a onetime clinching of the rot though it is a difficult exercise. He stated that there are different kinds of truths — ‘forensic truth’ or the ‘personal narratives’, ‘dialogic truth’ or the ‘final truth’ etc. But what we should be seeking ultimately, he concluded, is the healing and restorative truth.