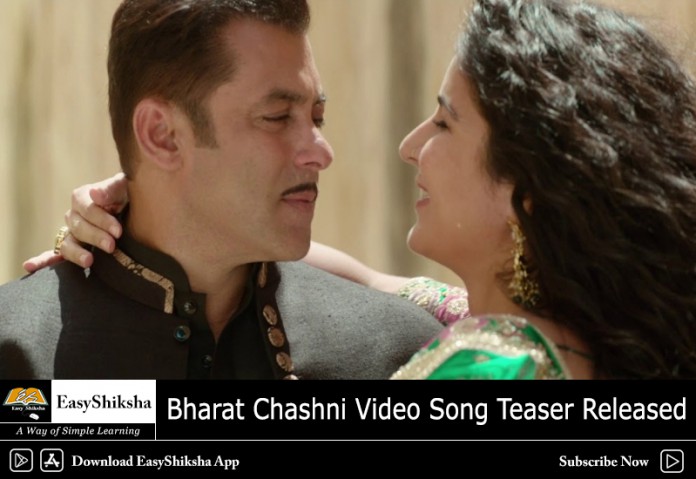 Adding to the excitement of fans, actor Salman Khan shared yet another teaser of a song ‘Chashni’ from the film ‘Bharat.‘ Sharing the teaser of the song, Khan wrote, “This Eid… Ishq meetha hai (Love is sweet).” The 19-second teaser of ‘Chashni’ features Khan and leading lady Katrina Kaif romancing at various exotic locations. Kaif looks beautiful in a traditional avatar. The song ‘Chashni’ is crooned by Abhijeet Srivastava and is composed by Vishal Dadlani and Shekhar Ravjian.

Salman has been sharing his looks from the film from time to time, keeping his fans hooked for more. The trailer of the film showcased ‘Bharat’ (the character played by Salman) in five different avatars in his life starting from 1964 to 2010.

The film is being helmed by Ali Abbas Zafar and produced by Atul Agnihotri, Bhushan Kumar, and Krishan Kumar.

Katrina Kaif is playing the female protagonist in the film which also features Sunil Grover, Nora Fatehi, Disha Patani and Tabu in pivotal roles. Jackie Shroff is essaying the role of Salman’s father.

Salman is teaming up with Zafar for the third time after ‘Sultan’ and ‘Tiger Zinda Hai’.

The film is set for a June 5 release on Eid.