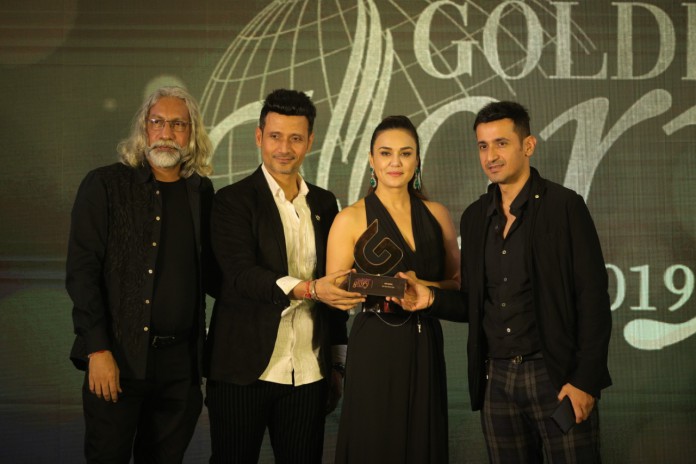 On the 21st September, 2019, Amol Monga & Ankita Singh, the directors of Brands Impact, presented the first edition of The Golden Glory Awards in association with World Quality Promotion Council. The ceremony’s core purpose was to celebrate the extraordinary journeys of individuals and companies that are embarking on a glorious path to success with their remarkable achievements.

Talking about the initiative, Mr. Amol Monga, Director, Brands Impact, said, “The Golden Glory Awards is a newly added concept to our company’s properties and we shall hold this ceremony every year. The overwhelming response that we have got, especially from the bollywood has earned it a lot of popularity in the first edition itself” 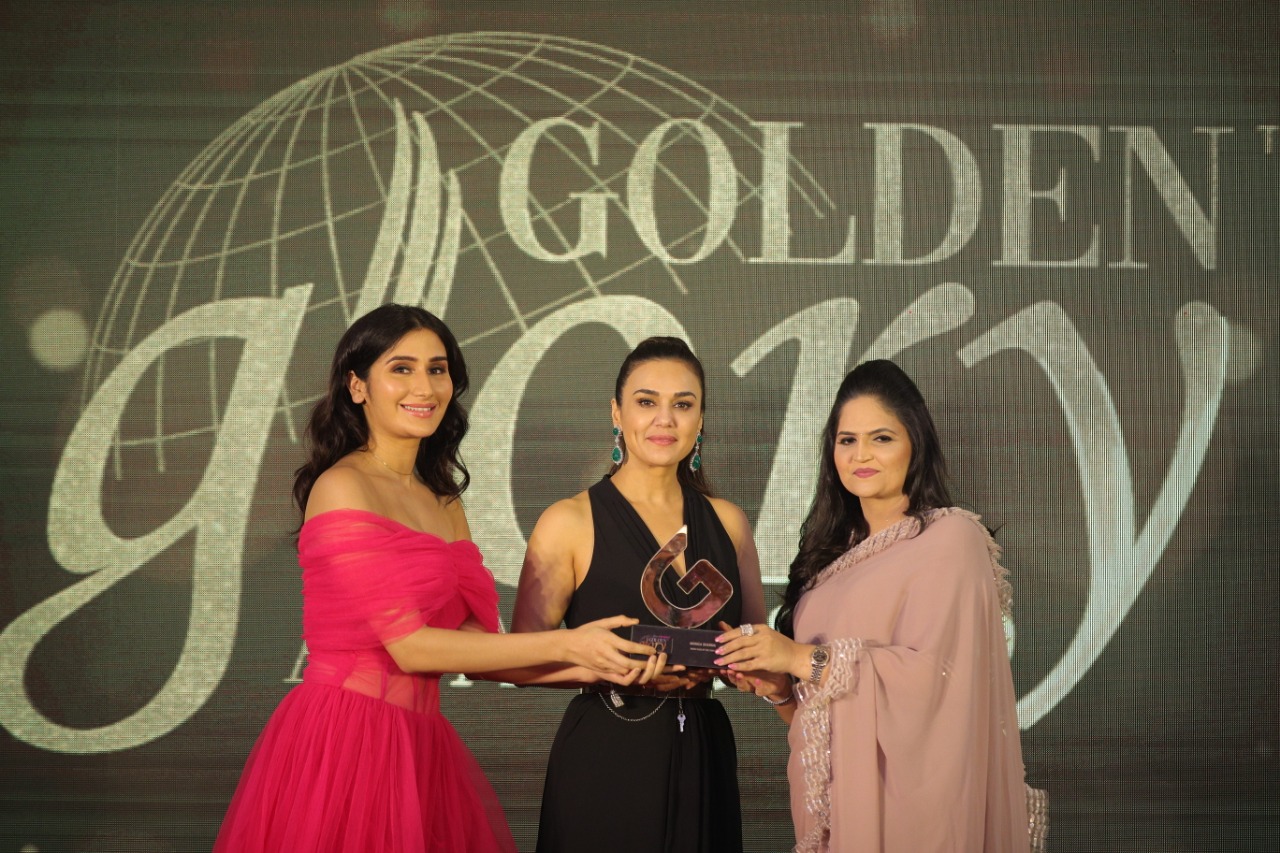 The ceremony was graced by the presence of the beautiful Ms. Preity Zinta as the chief guest and Usha Kakade (Chairperson – Gravittus Corp and Founder – Gravittus Foundation)  as the Guest of honor. While Preity looked stunning as ever and didn’t fail to make heads turn, Usha Kakade’s generous move towards the society made everyone admire her more.

Dr. Sohini Sastri, an internationally acclaimed astrologer, awarded by Hon’ble Defence Minister, Shri Rajnath Singh, was also present at the event.  On the occasion, Dr. Sastri launched her book in presence of Preity Zinta and other eminent personalities. 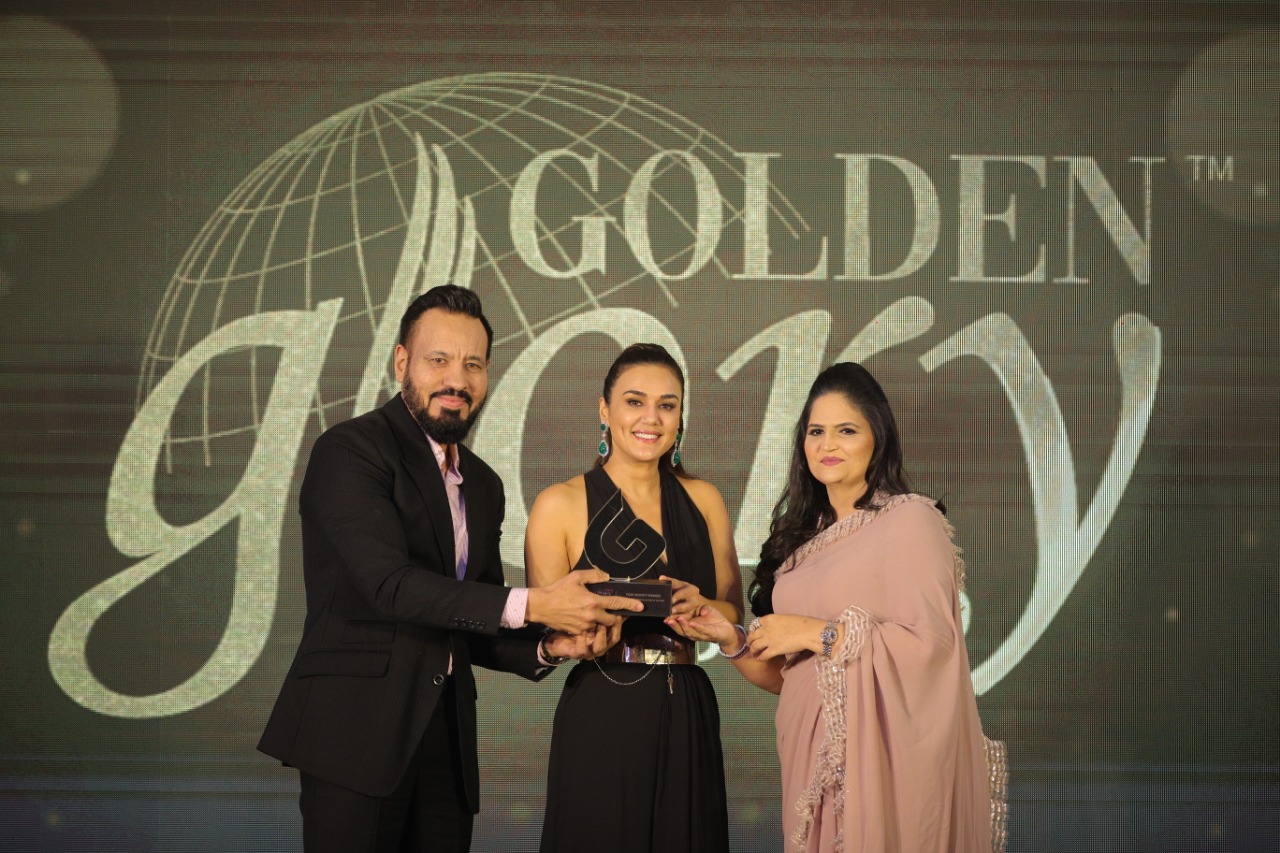 Among the winners of the first edition of  Golden Glory Awards were several eminent personalities from Bollywood and television industry.

Actor Neha Sharma and Singer Tony Kakkar was awarded in the category “Most Popular Original Song of the Year” for their song “Dheeme Dheeme”.  Rashmi Desai was awarded as the “Most Versatile Actor on Indian television”. “The Most Loved Offscreen Couple of the Year” was grabbed by Anita Hassanandani and husband Rohit Reddy. Actor Karishma Tanna got awarded as the “Style Icon of the Year”. MB Music of Singers Meet Bros were awarded as “The Best Music Label”. “Most Popular Host on Indian Television” went to Vikas Gupta. Actor Payal Rohatgi grabbed the award of  “The Most Influential and Politically Active Celebrity on Social Media”. Monica Sharma took the “Best Fresh Face of the Year” award and Sunil Grover was awarded as the “Best Actor in a Supporting Role” for the movie Bharat opposite Salman Khan while “Mumbai’s No.1 Radio Station of the Year” was grabbed by 98.3 Mirchi- Mirchi Sunnay waale always Khush.

The ceremony concluded with star-studded Page 3 Party at the Leela’s own club, O59 with socialites from the world of Fashion & Bollywood and sizzling live performances. The event which was a grand success was held at The Leela Sahar, Mumbai.