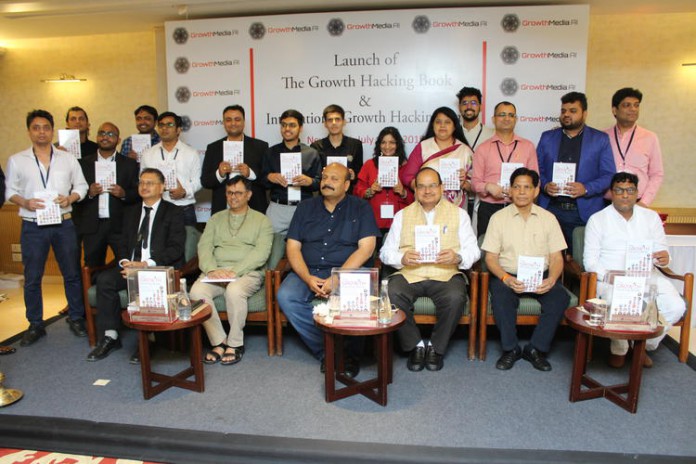 New Delhi, July 15, 2019: ‘The Growth Hacking Book: Most Guarded Growth Marketing Secrets the Silicon Valley Giants don’t want to Know’ was unveiled by the Chief Guest by Dr. Unnat Pandit, Director NITI Aayog at India Habitat Centre, Delhi. Present on this occasion were Deepak Jain, Director FII, Sanjiv Goyal, Financial Advisor of Supreme Court and other esteemed guests. The book challenges the traditional way of marketing and scaling startups; it introduces a new disruptive way to scale businesses faster than ever possible. It also aims to shape and develop the Growth Set (Skillset + Mindset + Toolset) of the next generation of entrepreneurs, growth strategists and innovators.

Parul Agarwal and Rohan Chaubey, founders of GrowthMedia.AI, a cutting-edge business consulting platform based in United States of America, and other authors of the Growth Hacking Book announced July 13 as the International Growth Hacking Day.

Their book, The Growth Hacking Book challenges the existing norms and is an almanac for growth in today’s hyper-competitive business world.

Dr. Unnat Pandit, Director NITI Aayog, “Indian entrepreneur ecosystem is growing and the government’s effort towards building this ecosystem has been positive. With large human resource and entrepreneur energy, we are seeing surge of Indians Start-ups going global which is a positive sign for the entire entrepreneur system.”

Curated by GrowthMedia.AI, this book features more than 35 marketing experts, trailblazing entrepreneurs, industry thought leaders and successful companies from all over the globe who share radical ideas on how you can grow your business using unconventional marketing strategies. Each chapter is a treasure trove of growth ideas that businesses in the “The Valley” try to shield from the public. It’s the first book of its kind on Growth Hacking by 35 National and International entrepreneurs, growth marketers, influencers, thought leaders and successful companies. The ground-breaking insights shared by the contributors of the book are revealing the secrets that fuel the growth of Silicon Valley start-ups.

Talking about the book, Authors, Parul Agarwal & Rohan Chaubey, “the Indian start-up ecosystem has till date taken a traditional approach towards funding, growth and marketing. We have observed that 90 percent of Indian start-ups fail within the first five years (IBM Institute for Business Value and Oxford Economics). Our growth framework and tactics are guaranteed to make start-ups have a longer run than what the report suggests. This is fail-proof as it is tried and tested in Silicon Valley; now we are bringing it to India.”

The book advises the start-ups to have a growth team irrespective of their team and revenue size. Growth Hacking is conducting marketing experiments to uncover creative strategies to acquire and retain customers/users using data. A growth hacker is someone that operates at the intersection of product, marketing, and technology to methodically acquire, activate and retain users/followers/clients.

Growth hacking is about optimization as well as lead generation. Imagine your business is a bucket and your leads are water. You do not want to pour water into a leaky bucket; it is a waste of money. That is why a true growth hacker would care about customer retention.

If you are into any business today then you are using techniques on ‘growth hacking’ directly or indirectly to grow your business.

About the Lead Authors and Founders

Parul Agrawal is India’s Leading Female Internet Entrepreneur, an Engineer by education and an Entrepreneur by passion. She is an International Bestselling Author, Public Speaker, Contributor to Huffington Post, BBN Times, She Owns It, Thrive Global and a Forbes Coaches Council Member

Parul grew up in a small town in India and inherited her business acumen from her father. She ventured to college in Mumbai and then moved to US through marriage.

After her graduation as an Engineer, she could have pursued a corporate job and enjoyed a stable pay-check. However, her entrepreneurial spirit called her to venture onto the risky path of online business.

Her passion for family well-being, inspired her to write a book ‘Juicing for Healthier Families’. In 2015, holding her baby in her arms “from the kitchen counter” – she published the book and ranked it as an International Bestseller and Amazon Hot New Release in multiple categories.

Today, as bestseller launch expert she has helped over 150 writers to become Bestselling Authors too! She’s been featured in major publications like the Huffington Post, Thrive Global, Forbes and as a guest on ABC Arizona.

She also had the honor of being listed as one of the 30 Change-Makers of India for the Year 2018. As a business leader she combines her love for technology with the love for people. She is tough on the problem and known for her kindness and approachability.

Parul is an NRI and she lives in Phoenix, AZ with her husband Ankur and their two beautiful children.

His articles and products have been featured on top-tier media publications including HuffPost, The Next Web, Forbes, Good Men Project and many other popular blogs/publications. He also had the honor of being listed as one of the 30 change-makers in India for the year 2018.

There are 35 co-authors from eight countries uniting to share their ground-breaking growth insights that successful start-ups use to fuel their growth. 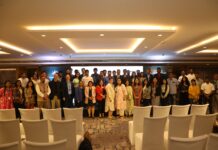